Work can be a source of freedom, wealth and self-respect, but also exploitation, poverty and subjugation. Existing grand narratives suggest that labour in fifteenth-century Western Europe became ‘free’ after the end of serfdom. Yet some workers had more freedom than others. Women were excluded from many occupations, while in some cultures married women had no right to own property or the fruits of their labour. Labour laws controlled workers such as servants and apprentices, who were placed in the same legal relationship to the household head as children. As recent studies of serfdom and slavery have shown, we need to move beyond a sharp division between bondage and freedom to explore the many factors that restricted or promoted freedom within and through work.

This conference explores these complex relations between freedom and work in Western Europe from 1250 to 1750. It especially encourages approaches which extend outside the employer-employee relationship to explore how family, community and state determined the degree of exploitation or empowerment in working life; broaden our scope beyond the adult male worker to centre previously marginalised workers, like women and servants; apply theoretical ideas from other disciplines to re-examine the nature of freedom in relation to historical forms of work; compare relative degrees of freedom or unfreedom across different forms of labour, cultures, legal systems or time periods; and/or contextualise labour in Western Europe with respect to forms of colonial slavery. 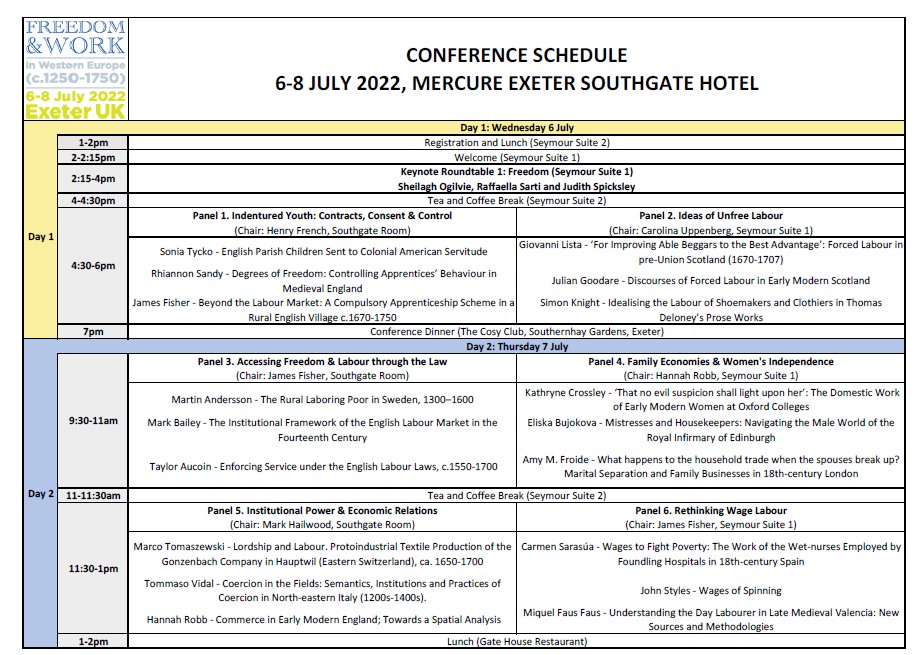 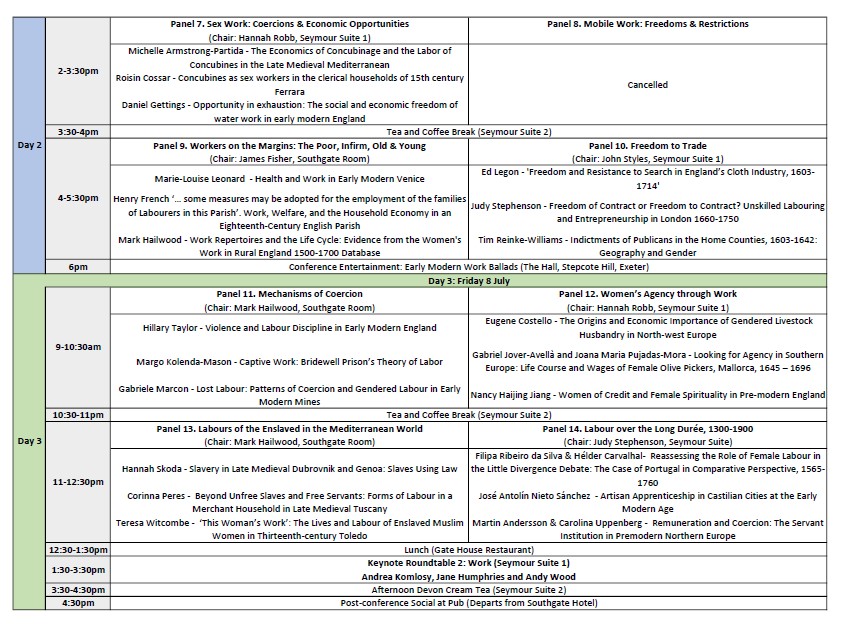 This conference is organised and hosted by Forms of Labour: Gender, Freedom and Work in the Preindustrial Economy, led by Jane Whittle at the University of Exeter. This project has received funding from the European Research Council (ERC) under the European Union’s Horizon 2020 research and innovation programme (grant agreement No 834385).