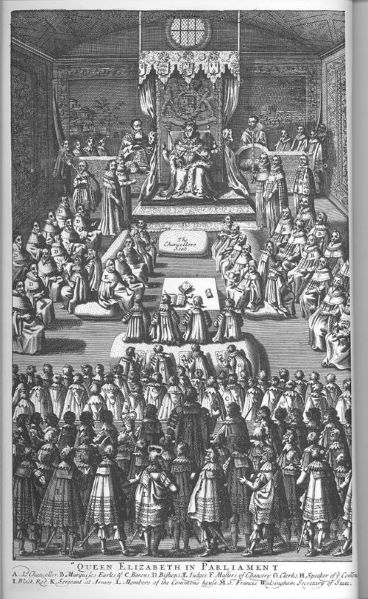 Firstly, its distinctiveness as a form of work – as compulsory, unpaid, long-term service in another’s household, for both girls and boys – has rarely been addressed in any depth. The working lives of pauper apprentices has mostly been considered from a humanitarian perspective concerned with the treatment of the child in terms of abuse by masters or miserable living conditions. This project seeks greater understanding of the structural condition that left children vulnerable to potential abuse, namely their lack of freedom as workers. END_OF_DOCUMENT_TOKEN_TO_BE_REPLACED

Due to Covid-19 over the last 15 months almost all meetings have been online rather than in person. This blog explores the benefits of these new ways of working for academic researchers, and historians in particular. Rather than focusing on online conferences, which have already generated quite a bit of discussion (https://manyheadedmonster.com/tag/the-craft/), the blog looks at other ways of meeting to exchange research ideas. Despite frustrations, meeting online has many advantages: it’s low cost, time-efficient, and brings people in disparate locations together; its environmental impact is minimal. I’m writing from the perspective of academic running a research project, but I think that these observations have a wider relevance. The blog concentrates on two types of meeting: project meetings (regular meetings of a small group working on a project) and research seminars (a presentation to a group of interested people, followed by open discussion). END_OF_DOCUMENT_TOKEN_TO_BE_REPLACED In the northern quarter sessions at least, I’ve found that depositional evidence of magic usually derives from just a few types of criminal cases. END_OF_DOCUMENT_TOKEN_TO_BE_REPLACED END_OF_DOCUMENT_TOKEN_TO_BE_REPLACED

The Deposition Dramas blog series highlights some of the rich human stories preserved in early modern court depositions, the primary source material for the Forms of Labour Project. Each post in the series follows a different court case, diving into the narrative of these legal documents to explore the comedies and tragedies of everyday life and work in early modern England.

About a month before Christmas 1626, a company of men approached the house of one ‘Duck-wife Lucas’ in Hoghton, Lancashire, knocking at her door and demanding ‘to come in and drink’. Being ‘about ten of the clock in the night time’, the whole family were then in their beds. Nevertheless, Henry Lucas, the duck-wife’s son, arose to let the company in and fill them some ale. After a time, members of the party, particularly two named James Garstang and Edward Cattrell, grew ‘outrageous and unruly’, and demanded Henry ‘give them some pudding’. Henry answered that ‘he could give them none’, and then fetched his mother out of bed.

Duck-wife Lucas quickly moved to placate the rowdy group, assuring them they ‘should have anything in the house that was fitting’, as long as they would ‘keep good order among themselves’. This proved too much to ask. No sooner had she taken ‘water & set over the fire & boyled two puddings’, then someone filched them ‘out of the pan…before they were half-ready’. Then the company began taking down cheeses ‘from the shelf’, cutting, eating, and absconding with them ‘at their pleasure’. But Garstang and Cattrell soon went beyond discourteous cheese-eating and pudding-pinching. Evidently feeling affronted in some way, they gave ‘fowle words’ to Henry Lucas and his mother, before finally levelling this ominous threat: ‘they would be even’ with Duck-wife Lucas, ‘before hunting time went out’.

Such was the information Henry Lucas gave to a justice of the peace on the last day of May 1627. His testimony, along with those of five other men, provided evidence for a criminal case that had been the talk of the township for half a year, and would now be heard at the Midsummer Quarter Session in Preston. For as Henry concluded in his deposition, a few nights after her threatening treatment Duck-wife Lucas had ‘a black heifer [young cow] stolen out of her ground’.[1]

END_OF_DOCUMENT_TOKEN_TO_BE_REPLACED